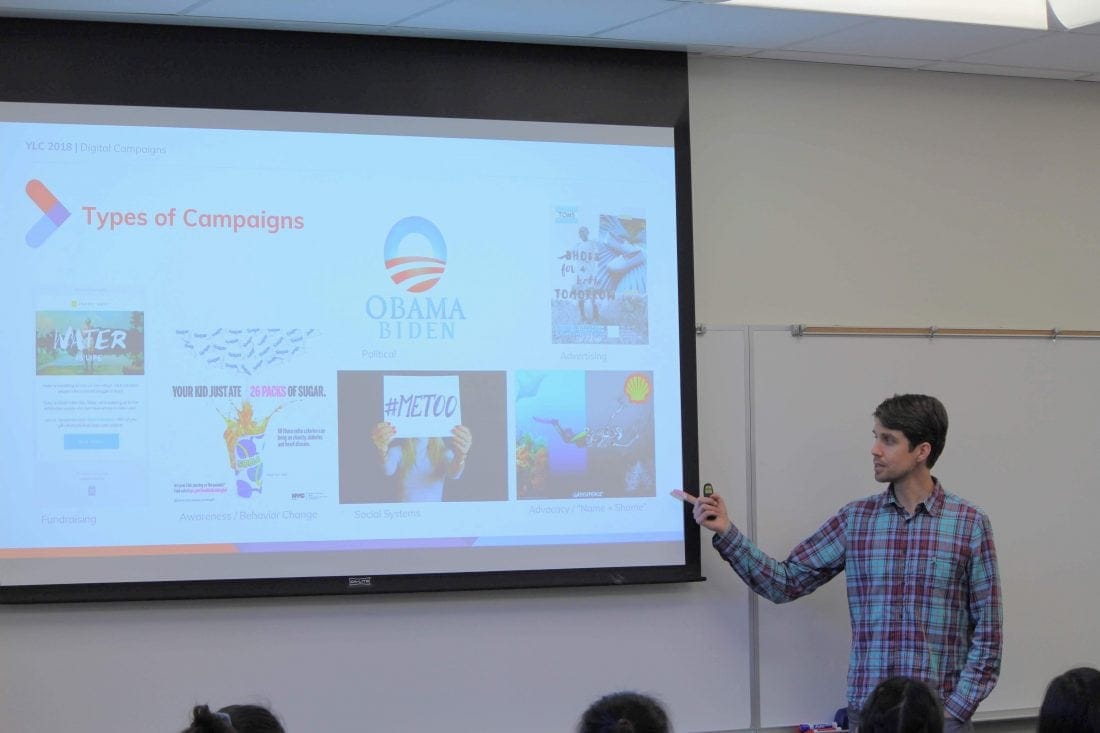 I was asked to facilitate some workshops about digital campaigns at the Youth Leadership Conference at Stanford University. The event brought together 100 high-achieving high school students to learn leadership skills and strategies to promote social change.

As I started mapping out my presentation for youth who were new to campaigning and organizing, I realized that I needed to take a step back and first answer the question: uhh…what is a campaign anyway?

As you may have noticed, the word “campaign” is used to describe vastly different initiatives with equally different goals. Here are six types of campaigns with short descriptions of their goals — depending on how you slice it, there could be even more:

That’s a lot of different “campaigns”!

In addition to campaign types, there is a wide range of campaign channels that can be considered campaigns. There are also email marketing campaigns, pay-per-click (PPC) campaigns, out-of-home campaigns (e.g. billboards), social media campaigns, event promotion campaigns, print campaigns… the list goes on and on.

A campaign can be run by one person or thousands of people. The variations of a campaign are endless!

What’s the deal? Why do we use the word “campaign” to describe such different work? To answer that question, we need to consider how the goals of all campaigns are similar. Here’s what I came up with:

A campaign aims to influence someone to do something.

Let’s test whether influence is at the heart of the campaign types that we listed above:

As you can see, the goals of campaigns are often very different, but they’re all trying to do the same thing: influence someone to do something.

In all my years of campaigning, I’ve come up with nine tips that should be applied to every campaign, no matter what you are trying to influence someone to do:

By following these nine steps when building your next campaign, you’ll be well on your way to influencing someone to do something. And if you’re reading this blog, it’s probably to help make the world a better place.

Are you looking for some help to design and execute a powerful and effective campaign? Drop us a line!