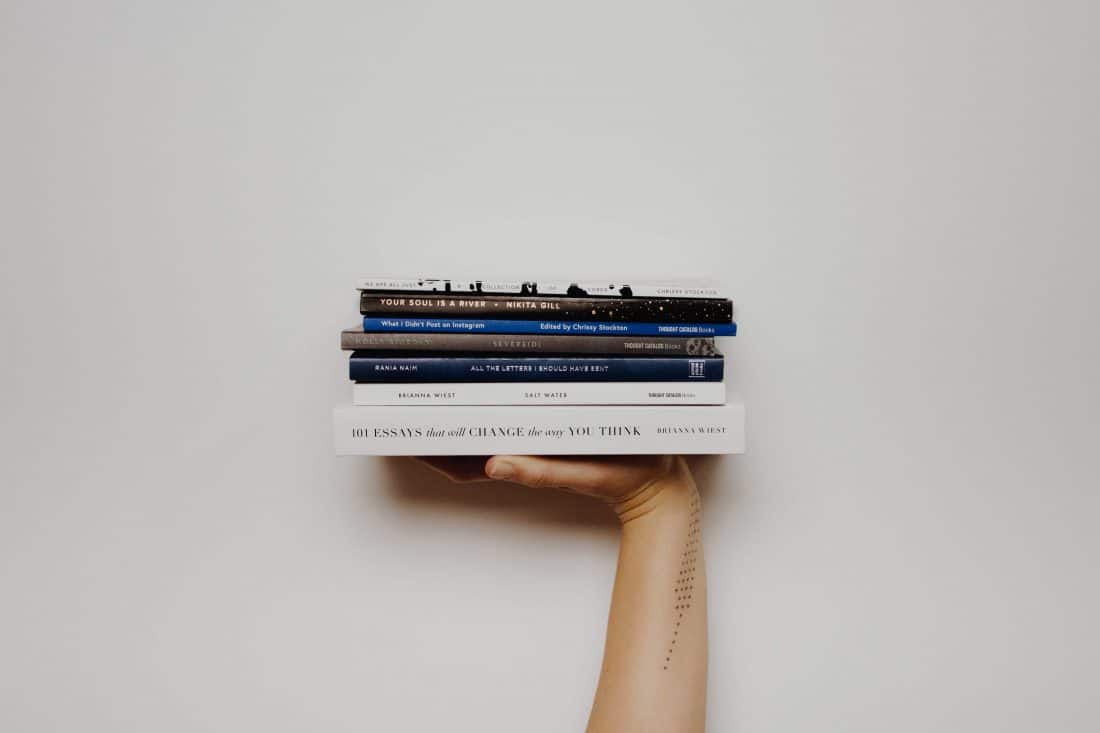 There are so many big things, scary, unexpected things that changed us as individuals, families, communities, and a collective human race in 2020, that as I was trying to write this blog post, it was hard to know where to start. But frankly, I’m not sure we really need another blog post talking about all those things right now. What’s left to be said that hasn’t already been written? We all lived through the challenges of this past year together—and like it or not, there’s still more to come.

But what I haven’t seen written about as as often—or maybe I’m just not looking in the right places—are stories about the little, delightful, unexpected things that changed us in 2020.

Take, for instance, the ways so many of us reconnected with extended family members through the modern miracle of Zoom, sharing meals and moments we probably wouldn’t have, or at least, would have taken for granted, in the “before” times. I know that personally, last year was the first time we’d ever had 20 people participating in our Rosh Hashana dinner, joining us around our humble Atlanta-based table from their own setups in Florida, Texas, North Carolina, and Pennsylvania. Ah, technology. And mute buttons.

Or another great example of some bright spots in all this: kids’ drive-by-birthday parties, which I actually hope become the new norm, because really–no planning? No cheap pizza? No awkward guest-list squabbles with your kids because so-and-so is in a fight with another so-and-so and they’re not talking to each other right now? Count me in for that any day.

And oh, let’s not forget the joy some of us found in rediscovering the wonder of board games, endlessly binging on Netflix, writing real handwritten letters, becoming new plant or pet parents (or both!), attempting ridiculous 5000-piece puzzles, baking more sourdough and banana bread than anyone could or should ever consume, not wearing makeup every day (!!!), embracing yoga pants as acceptable work attire, thinking about what really matters in life, and maybe my favorite one of all—stealing little hidden moments to sit down with a book and just read.

Turns out that this last thing in particular—reading—didn’t just change me in 2020. Books became a source of refuge, hope, learning, connection, and inspiration for a lot of folks on our Media Cause team. (We even started our own little book club!)

There were some, of course, that made a bigger impact than others—whether because they challenged us to think about the world in new and different ways, or simply kept us entertained when we needed it most, and our eyes were revolting from far too much screen time. Either way, books were one of the bright spots for many of us this past year. And we can’t let any bright spots go un-thanked in the middle of everything else.

So THANK YOU to the Books that Changed Us in 2020. Thanks for being there when we needed you, even if we only read you two pages at a time. Thanks for giving us a place to hide from reality, to question our assumptions, or to escape into a fantasy world, depending on the day. Thanks for being infinitely shareable, which in a time of so much disconnection, is probably what we need now more than ever.

Below is a list of only some of the Books that Changed us in 2020. If you decide to check any of them out, we hope you enjoy them as much as we did. And if you read any books that changed YOU, we’d love to hear about them. How to Save the World for Free, by Natalie Fee:

In a year where a lot felt like it was outside of our grasp, kicking off January with a guide on how to make the world a better place would become critical in centering my extracurriculars. Who knew!

The book is essentially a step-by-step guide to making better decisions for the environment, and why they matter. From skipping straws and utensils with takeout, to the benefits of ditching paper towels or switching to more sustainable feminine products, it covers small changes that can add up for a big impact to help the world.

After reading it, my husband and I started composting, we started a garden from seeds, we ditched paper towels, we stopped using Amazon, and we switched from almond to soy milk because of water needed to grow almonds (they call them “thirsty little nuts” in the book). And while a lot of this stuff may feel trivial in a year where nothing mattered and time stood still, it helped me feel a bit more in control, fall a little bit more in love with my house, and connect a little bit more with the natural world around me. I feel like this book exposed me to one of the most nuanced and intricate portrayals of what it means to be a Black immigrant in the U.S. and U.K. She captures struggles and microaggressions that immigrants and people of color face in a way that I have never been exposed to as a white person, and in a way that seamlessly exists in her storytelling. Aside from all I feel that I learned from her writing, the storyline is irresistible and I could not put the book down!

Half of a Yellow Sun, by Chimamanda Ngozi Adichie A review of this book said that fiction can be the best way to learn facts. Adichie captures life during Nigeria’s Biafran war through a series of love stories and human connections, all with the backdrop of a mass starvation campaign and what suffering was like during this civil war. Sadly, this is a war I knew nothing about and I was moved by how she captured this historical event without stating facts, but through deep storytelling of human connections. Oftentimes, stories of distant wars and suffering can glaze over the humanity and real human stories that still exist. Adichie’s writing and centering of her characters (vs. the war) feels empowering to those who lived through this, illuminating resilience and reminding that life goes on even in struggle. My Struggle, by Karl Ove Knaussgaard

I finally finished all six volumes of “My Struggle” by Karl Ove Knaussgaard last fall. Despite its unfortunate title, I could not put down this series of books. The author outlines in incredible detail, the joys and pains of starting a family, becoming a famous writer and having to juggle family and work. What I found most interesting was the honest descriptions of navigating evolving roles as a parent and professional–of making mistakes, owning up to them and finding ways to improve oneself. Something about that was very comforting during the pandemic.

A Promised Land, by Barack Obama Yes, he vastly overestimated my interest in a G20 summit from 2010. I also wish it had been twice as petty. But as the world appeared crumbling, and the 45th president was taking to Twitter every 15 seconds, Obama’s voice felt grounding and wise. Reading this memoir was a much-needed reminder that thoughtful leaders exist, and that progress can be made, even if it doesn’t come at the pace we would prefer. It doesn’t hurt that Obama is a damn fine writer. I eagerly await Volume 2. Dignity: Seeking Respect in Back Row America by Chris Arnade

A photography/narrative story where the author visits forgotten cities of America and meets the people who decided to stay even when the factories shut down and the money left. The book is about how our society only values one way of living–get a good education and make a lot of money–then you’ll be happy. Design with Love, by Katie Swenson

This book featured case studies from the Rose Fellowship program. This architecture program focused on community-based design programs where designers work WITH the community to develop the best solutions. The architects tackle housing insecurity, poverty, and injustice around the country. On the US-Mexico border, in farm country, in Rust Belt cities, and in pockets of blight and abandonment, the examples show that architecture is about human relationships and shared ambitions, and how buildings can support and embody them. The Wild Robot, by Peter Brown

I had a difficult time finishing most books I picked up last year but this middle-grade novel by Peter Brown was just what I needed. The Wild Robot is about a shipwrecked robot who learns to survive on an island only inhabited by animals – which I admit sounded pretty nice. ROZZUM unit 7134, named Roz, is programmed to be curious, so she camouflages herself and observes the animals. At first, the animals are scared of her and think she’s a monster, but Roz wins them over by being kind and helping them and she even becomes a mother. The chapters are short, the artwork is beautiful and the ending drove both my daughter and I to tears so we immediately read The Wild Robot Returns. See No Stranger: A Memoir and Manifesto of Revolutionary Love, by Valarie Kaur

For me, this book was the absolute perfect marriage and exploration of four intersectional worlds that I’ve been working to understand in greater depth this past year: mindfulness, compassion, racism, and social justice. In the book, Valerie Kaur, who is somewhat of an intersectional role model herself—she’s a lawyer, activist, documentarian, mother, Sikh, spiritual explorer, and incredibly inspiring speaker—shares her personal story of the challenges she faced as a “Brown girl” growing up in America; the incomprehensible violence against the Sikh community that she witnessed, and worked tirelessly to end, in the wake of 9/11; and through all this and more, her own journey to summon compassion and love for others, and for herself, as an awakening force for good in the world. Valerie’s willingness to open her heart to her readers   also opened my eyes to how fear and insecurity are at the root of so much bias and hatred. After reading the book, and taking part in her People’s Inauguration event this past January, I’m pretty sure she’s right—”Revolutionary love is medicine for our times. It just might be our best chance for our collective future.” I am going to be far less philosophical and 100% more cheesy here for a minute and say OMG, this book! I recognize that I’m probably 15 years late to the Elizabeth Gilbert fanclub (I am now devouring the pages of Eat, Pray, Love, too), but Big Magic spoke to every ounce of my creative soul in a language that I sometimes forget I know how to speak. It’s another wonderful marriage of practicality and spirituality—Elizabeth talks about how ideas and inspiration aren’t things that we own and should try with all our stubborn power to grasp, but rather, that they are brilliant entities of their own, floating out there in the universe waiting to find the right person to help bring them to life…which by extension also means that we mere humans need to be open to letting them land, and conversely, when an idea just isn’t “working,” to also letting it go. Reflecting on my own creative journey (personally and professionally) through this lens brought me a sense of wonder and expansiveness I hadn’t felt in a while. For anyone who needs to be reminded that they always, always have the cosmic potential to do great things, I would highly recommend giving this book a read.