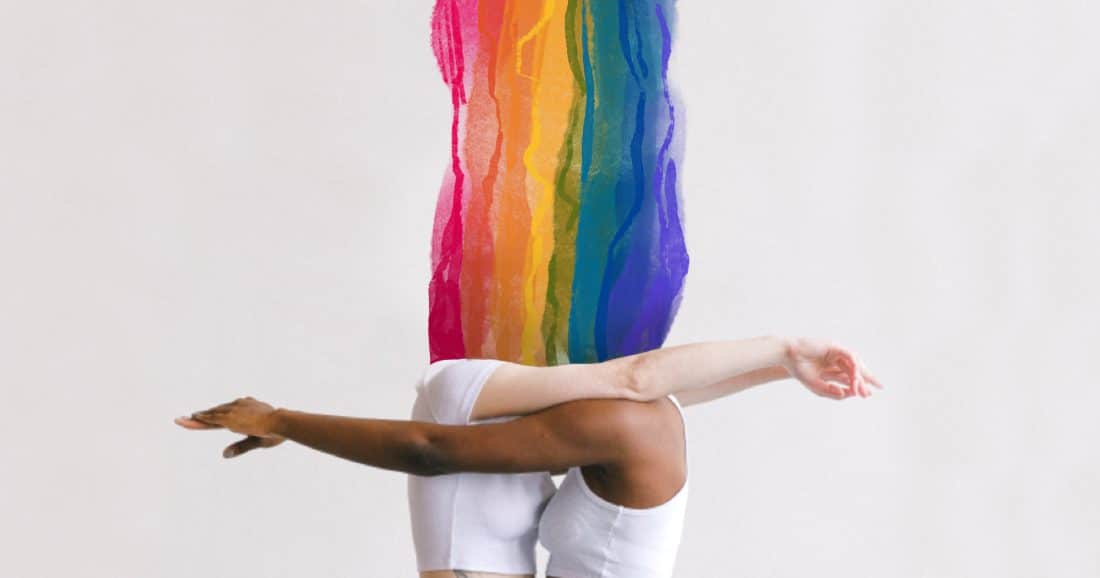 Why Is Inclusive Imagery So Hard?

Ah, June. The month that our newsfeeds, popup ads, and neighborhood windows are covered with rainbows. June is the month we celebrate Pride, but it does seem like the only month out of the year that brands are actually OK with engaging with the LGBTQIA+ community to promote their products or services. However, the last few years have felt like we are starting to become more and more skeptical of the inauthentic attempts of brands to throw a rainbow on whatever and call it a day and hope to be praised by their followers for their “support” and “progressive ideals.”

We’ve all read the articles that expose the emptiness behind these efforts.

Lately, I’ve been thinking about this issue of genuine inclusivity from a design standpoint, and why we don’t see the queer community represented year-round in advertising. I’ve realized that, as a graphic designer who happens to identify as queer and has a share of gay and nonbinary friends, even I fail to make an effort to integrate LGBTQIA+ inclusive imagery on a daily basis. The realization has been bothering me, and after doing some research and hoping to shift this internally, I found quickly that I wasn’t the only one having trouble sourcing or applying images of the queer community in a casual, authentic way.

And dang, y’all. This is a serious problem we need to work out, and it won’t be done with a blog post. But here’s what I’ve gathered as a start to understand more deeply about 1) why inclusivity in marketing imagery matters 2) why it’s so rare and 3) what we can do to move towards a world where everyone is included, and represented year-round.

What We See is What We Know

We know that advertising has historically promoted ideals of identity, behavior, and race, to both sell goods and create “order” in society. The lack of diverse imagery in advertising perpetuates two huge problems that deeply affect us today.

First, the lack of diversity in advertising maintains a status quo that is outdated, and was created for the benefit of corporations and socio-political systems that do not serve the good of humanity, or the world we live in. Think about the images you see on a daily basis, and how they influence your perception of social or beauty standards. Or think about ads for diet brands or cigarettes from the 1950s that commodified the bodies of white women to sell products. Think about how those sorts of ads both created and perpetuated social norms that we now realize are ridiculous. This darker side of advertising is harder to recognize when it’s all you see in the world around you.

Lack of diversity in advertising is also alienating to people who feel underrepresented. Growing up and navigating the world without affirmation that other people like you exist is isolating and disorientating. As a chubby girl growing up in small-town Virginia and having questions about my sexuality, I remember feeling confused and frustrated that I didn’t fit into society’s standards, and I didn’t ever feel “normal,” which was an uncomfortable thing in such a homogenous place. As a cis-presenting white woman my experience pales to how it must feel for queer, trans, or nonbinary people of color.

Obviously, to continue to pretend that cis-, white, skinny humans with perfect facial symmetry are the only people engaging with the world is absurd – the size of the population that isn’t represented by those shown in advertisements dwarfs the population we see every day in marketing and advertisements. Luckily there have been efforts to create more racial diversity in advertising, to the point that recently, having a variety of skin colors in campaigns has become slightly more of a standard. And body positive initiatives continue to thrive and are slowly changing the landscape of fashion.

But, aside from this month, when rainbows explode over social media channels and brands flaunt trans models, it’s still rare to see the LGBTQIA+ community represented in advertising. There are a few reasons for this.

The Problems We Face

Though advertising has deserved its bad rap for perpetuating stereotypes and discrimination, if harnessed for good, it can be such a powerful tool in overturning those stereotypes and creating new paradigms. Marketing and advertising affect us in deeply psychological, often powerfully subconscious ways that can sway opinions and judgments about the world around us. So, in marketing, we need to be ultra aware of the images we put out into the world. It’s incredibly important to increase the saturation of diverse imagery in the world around us today, and knowing how much is working against real inclusivity in imagery, we have to be intentional about this on a daily basis.

In confronting my own lack of intention in this space, I have compiled some ideas and resources that I’d love to share with anyone out there looking for images these days.

As a side note, the lack of diversity in imagery doesn’t just affect people from the LGBTQIA+ community. We need to continue to promote images of BIPOC, people of all sizes, as well as people living with disabilities (There are some libraries you can you as resources for these, but we can always use more). All marginalized communities require attention in advertising for all the same reasons listed in this blog. Design can change the social and political landscape!