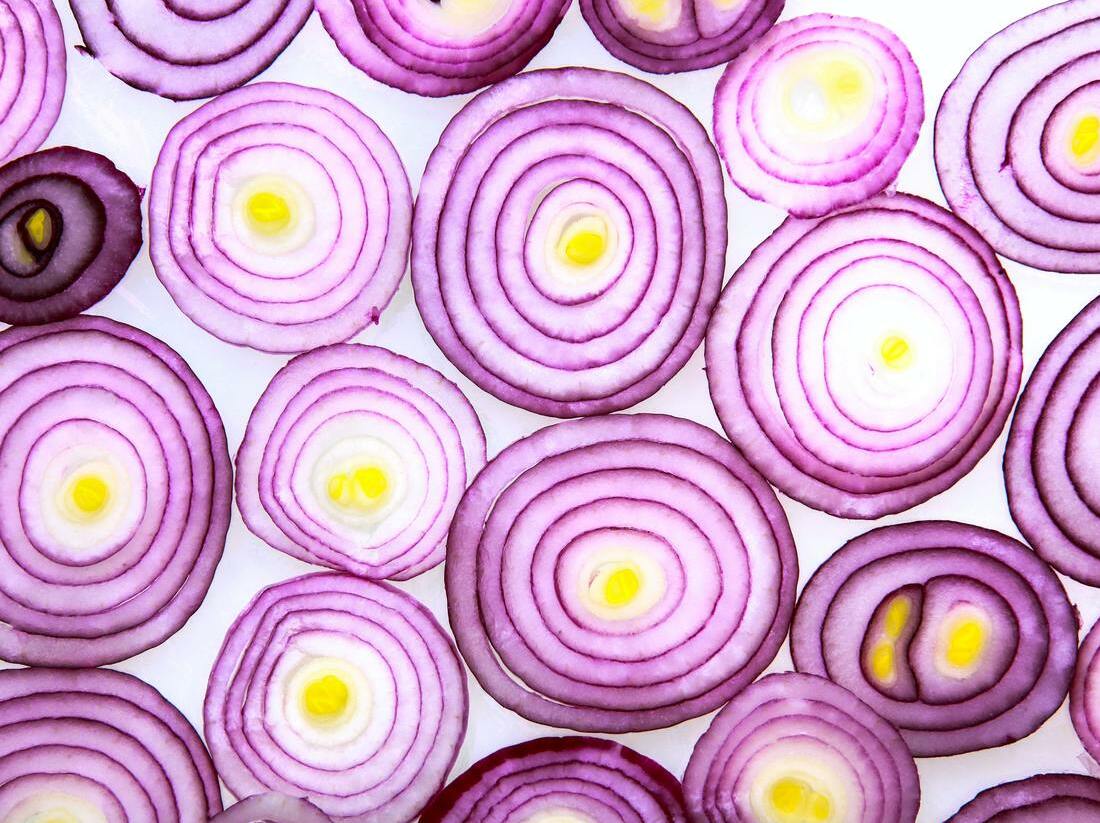 May 28, 2020 In Agency Culture, Inspiration, By Melvin Karsenti

Fresh off the long Memorial Day Weekend, we come to you with a very eclectic Thinky!

Who knew that onions could be the key to enforcing social distancing? Well, Burger King sure did. Next, what about: an ode to sweatpants and leggings, innovation in the femcare industry after almost a century of status quo, a beautifully designed initiative by the Mental Health Coalition, and our weekly detour into the world of gaming. We also take a more solemn tone with six advices to Nonprofits from Forbes and an article from the Washington Post about Twitter finally adding fact checking to Donald Trump’s tweets.

This is a good one, enjoy the ride! From Amy (SVP Brand + Creative): One of the biggest business upsides of this COVID crisis may be the fact that defining and upholding a greater social “purpose” (in all its inherent ambiguity) is no longer just a nice-to-have for consumer companies if they want to survive. But even bigger than that is the massive opportunity this will create for nonprofits to establish long term, mutually-beneficial brand partnerships.

It can be a scary prospect as an NPO to think about the additional effort that may be needed for a successful partnership: team time and capacity, budget to support any related marketing efforts, the willingness to open your mission and message to another entity beyond your own walls. But the benefits of strategic corporate partnerships FAR outweigh any perceived concerns. And in fact, some of those concerns aren’t as real as you might expect. In this article, the Forbes Nonprofit Council shares six reasons that for-profit/non-profit partnerships should be on your radar. From Amy (SVP Brand + Creative): Burger King and its agencies have an incredible knack for communicating the most complex messages in stupidly simple ways. Usually, through its burgers. (Remember Bullying, Jr. in partnership with nobully.org  and Proud Whopper?).

This time, the fast food giant is takingf on Social Distancing with a smart campaign created by Wunderman Thompson in Italy. Because we all know how hard it can be to stay six-feet apart sometimes, “the ‘Social Distancing Whopper’ features triple the amount of raw onions regularly put on the burger, in the hopes that your stank breath will create a barrier of its own.” Point heard, or smelled, loud and clear.

Pentagram x Kenneth Cole – The Mental Health Coalition’s “How are you really?” (Pentagram.com) From Amy (SVP Brand + Creative): With all of us working from home, sheltering at home, staycationing at home, the new small talk in many of our virtual interactions has shifted a bit from “how are you?” to “how are you holding up?”. But the outcome is ultimately the same. We shrug. We say, “oh, you know, the usual.” Or “about as well as can be expected.” But none of that really gets down to the challenges and emotions that so many of us are feeling, and holding inside right now.

Design legend and Pentagram partner Paula Scher, in conjunction with fashion designer and mental health advocate Kenneth Cole, wants to change the dialogue by instead, asking, “how are you REALLY?” Scher designed the powerful visual identity system for the project, dubbed the Mental Health Coalition, by taking inspiration from the feeling of being “a square peg in a round hole.” Not really fitting in, but not knowing how to speak out. The design system extends into bold color and type, creating an aesthetic of inclusion and strength at the same time.

Beyond the visuals, the initiative is being activated on social media via the #howareyoureallychallenge, a beautifully architected website  that both shares celebrity mental health stories and encourages users to share their own, and a variety of interviews, content, and coverage across the media ecosystem. From Amy (SVP Brand + Creative): We’re all wearing leggings and sweatpants instead of jeans and khakis (or gasp, business suits!) these days, and being totally honest, IT’S FINE. No one sees us from the waist down on Zoom anyway, right?

Cotton Incorporated (the same folks who brought us the incomparable 1992 jingle, “The touch, the feel of cotton, the fabric of our lives”) decided that our new work-from-home wardrobe was ripe for celebration. Enter their funny, perfectly-on-point new campaign touting the many things you can do in your cotton couture.

Described as “a collection of snackable content designed for sharing via the tag #sweatpantslife,” the videos were just the hit of humor we all need right now. They’re also a good testament to a shift in our collective mindsets–that as a culture, we’re ready to start seeing content and messaging that’s just plain “fun” again. Nonprofits can be “fun,” too. And with so much seriousness coming from orgs around the world, this may just be the perfect way to stand out. From Melvin (Account Director): As part of the Media Cause book club, we recently read “Invisible Women”, a book that explains that the world around us is designed by men, for men. This issue touches all areas of society including personal care products like tampons. That’s why when I learned about Callaly, a direct-to-consumer femcare startup, I had to share it with all of you.

In its latest campaign, Callaly sends a clear message about the need for more female-led innovation in its industry because tampons, unlike products such as condoms, vibrators and contraceptives, have not changed a bit since… the 1930s! The 1-minute video ad is fun, raw and shows multiple sets of women discovering the ugly truth about tampons, while showcasing their star product and beautifully design packaging. Stills from the video have been repurposed for both organic and paid digital posts but the company’s CMO explains that “we’re not necessarily doing it to drive sales, it’s about PR and talkability.” Well, so far so good. The brand has seen its business skyrocket during the pandemic and focuses on the right target audiences to find loyal customers instead of as many customers as they can.

This refreshing approach does not stop here. As a B Corp, Callaly is driven by using its business as a force for good. All of its products are wrapped in sustainable packaging and it donates at least 1% of sales to non-profits, including organizations such as Days for Girls, Red Box Project and Bloody Good Period. And even though I can’t try their product (I’m a guy), from a brand and marketing standpoint, Callaly definitely can count me as a supporter! From Amy (SVP Brand + Creative): OK, so brands and NPOs using gaming as a platform isn’t quite an “innovation” anymore at this point. But, to be fair, most of the integrations we’ve seen lately have been within existing game platforms.

Schick didn’t take that route to help St. Baldrick’s raise money for childrens’ cancer treatment and research. Nope, they went all-in and created their own game instead. Called “Shave the Day,” players ride a razor through a modern 16-bit virtual world, racking up “Bald Bucks” which turn into corporate donations from Schick. It’s a risky move, since as a new app for Android and iPhone, they’re don’t have the benefit of tapping into an existing game’s current audience. But, they did establish a strong Twitch tie-in, with two prominent gamers shaving their heads on a livestream in exchange for donations.

If there’s one flaw in this, it’s that the game isn’t really allowing players to ADD contributions. Schick has already pledged to donate up to $250,000, so consumer participation is more of an unlocking mechanism than a donation opportunity. I wish they had already given the $250K, and then pledged an additional amount on top of that based on user engagement. To me, that’s a bigger draw—as a consumer, if I know St. Baldrick’s is likely going to get the full amount whether I play or not, I’m less inclined to do it. But maybe that’s just me overthinking things again. Either way, this is a fun activation that I hope is successful. From Nicola (Account Director): Is Oct 25 too soon for a p2p marathon? While scrolling through Instagram I saw a really nicely done ad from No Kid Hungry promoting their Marine Corps fundraising marathon in October. The first comment to the post asks, “Is this still happening?” If you have fundraising events that haven’t been canceled yet and it’s time to start promoting them, I would expect this question and tackle it up front in the copy to encourage more engagement. Odds are your loyal supporters will still sign up and train for the marathon, but I wonder how many people saw this ad and thought it was outdated. [Oh, and not to leave you hanging, here’s the response from NKH: We will keep everyone updated, but feel free to reach out to us with specific questions or comments.] From Clara (Senior Account Strategist): Whelp, it finally happened: Twitter slapped a big ol’ fact check on a few of President Trump’s tweets misconstruing the reality around mail-in ballots. (Meantime, he posted a similar message on Facebook and they decided it was part of a “robust debate on the democratic process.”) But as we know, Twitter is his midnight megaphone of choice, and true to form he responded by accusing Twitter of infringing upon his right to free speech and threatening regulation.

This is another milestone as major social platforms seek to understand their role as forums and as moderators of the public conversation. An immediate question is why this, why now—since this is certainly not the first time this president has chosen to spread misinformation via tweet. Twitter explains their view by saying this misinformation on voting processes is threatening a cornerstone of our democracy, but the public immediately has called out the many other fallacies it has allowed to spread and wondering where and how the lines are drawn. Alt-right groups have long felt their voices have been unfairly pushed into fringe platforms, and are seizing upon this as another opportunity to air their grievances.

Whatever the case, this has definitely rehashed the conversation and we’re in for another long look as platforms seek to protect free speech but curtail the spread of misinformation. IMO, Trump’s choice to continue to use his personal handle as his main handle (as opposed to POTUS) is also a relevant angle to consider. Would be interested in hearing others’ views on this unfolding discussion.

Advertising for Impact: TikTok’s first broadcast-style commercial is surprisingly delightful (if not 30-seconds too long)

Design for Impact: H/T to Ida, our Associate Creative Director, for sharing Brutalist Websites, a rabbithole of unorthodox web design that ranges from unexpectedly brilliant to a whole lot of WTF

Analog for Impact: How a bookshop is using audio to get people to buy books while putting the current pandemic into perspective.